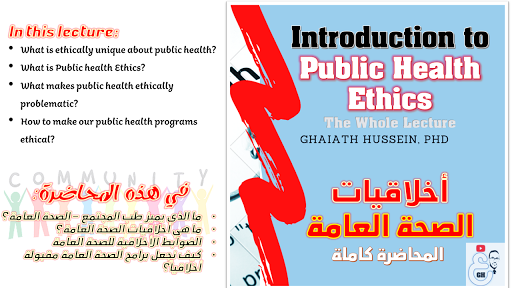 Dr Ghaiath Hussein has been assigned as an assistant professor in bioethics at the College of Public Health and Health Informatics at King Saud bin Abdulaziz University for Health Sciences at the National Guard in Riyadh.  He is the first academician to obtain a job title in bioethics at the university, which is a sign of the university's commitment to bioethics. Also, he will be one of the faculty members for the MA program College Public Health. It is expected that the Master of Bioethics (MBE) program will be reactivated at the university during the coming period, in addition to some accompanying training programs in the field of ethics such as: Health research ethics Clinical practice ethics Public Health Ethics Health Informatics Ethics The Ethics of Artificial Intelligence and 'Big Data' They will be announced at the time, God willing.
إرسال تعليق
قراءة المزيد

My response to "Why the Arabic World Turned Away from Science" 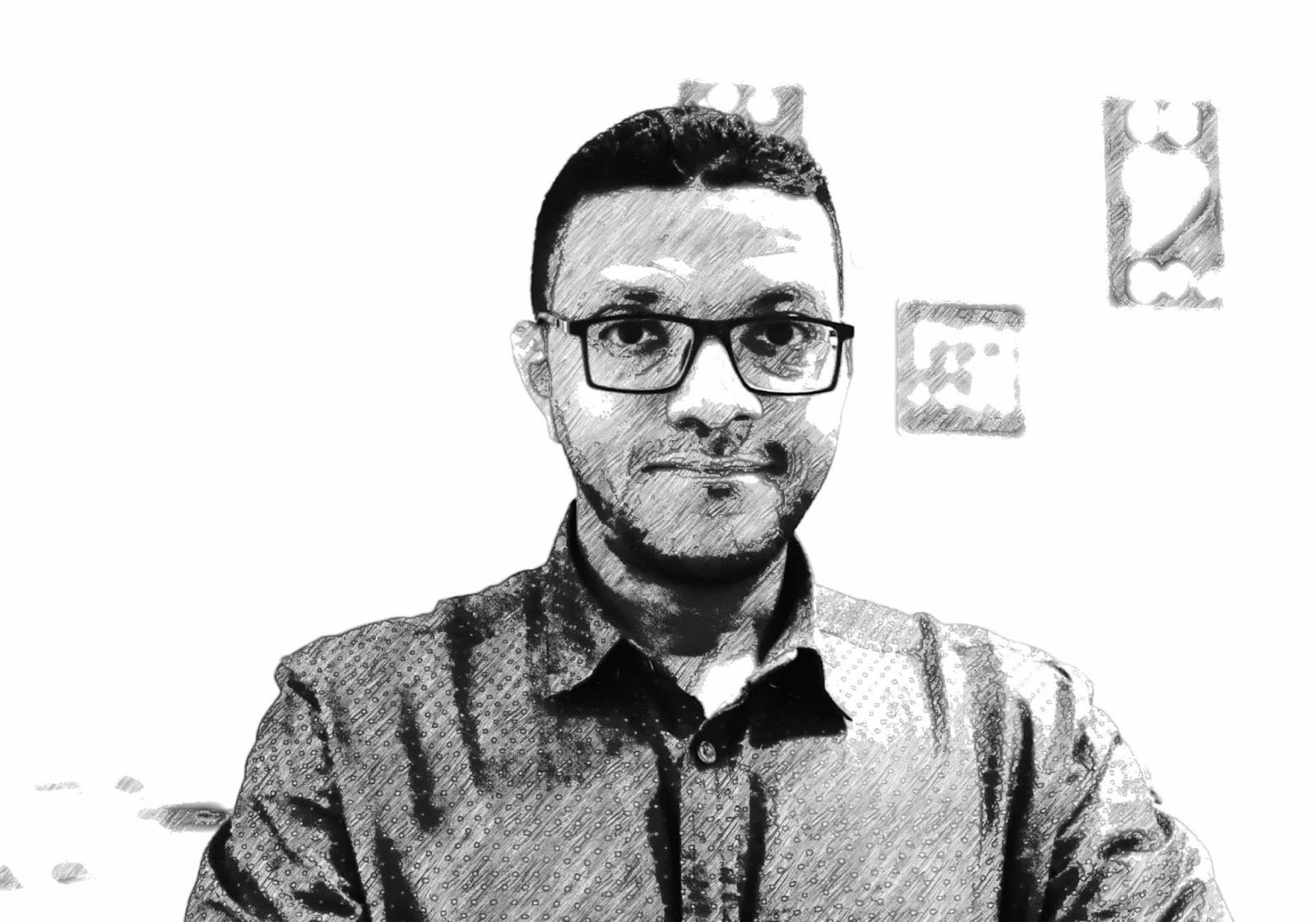 Subject: RE: Why the Arabic World Turned Away from Science   Dear Dr Ben Ammar,   Thanks for sharing this controversial and perhaps confusing article . It starts with stating the greatness of the Muslims' contribution to science at a certain age, which the writer described as the ‘golden age’ though made every possible effort to relate that greatness to external factors. He has also tried hard to validate his points by first praising Muslims then turning quite hardly and inconsistently, at times, to make the problem lies within Islam itself and not any of the socio-political factors that he mentioned. I cannot respond to every single point he made (especially the areas that are beyond my expertise and knowledge) but there are few general comments that I can share. First, using the term ‘Islam’ is misleading and misguided in many ways. Which version of ‘Islam’ the author was referring to? He, himself, acknowledged that there are eras, sects and ideologies. Any of them ca
إرسال تعليق
قراءة المزيد 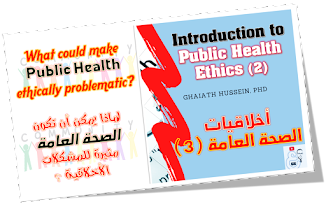 In this part of the lecture, we discuss: What is Public Health Ethics? What can make public health ethically problematic? The concept of the 'Nanny State' What are the limits and limitations of the State's interference in people's lives and health? How to respond to those argue that 'I am free to  eat what I want. It's my body, not yours'
إرسال تعليق
قراءة المزيد

How a discontinued treatment led a patient to be sent to jail? 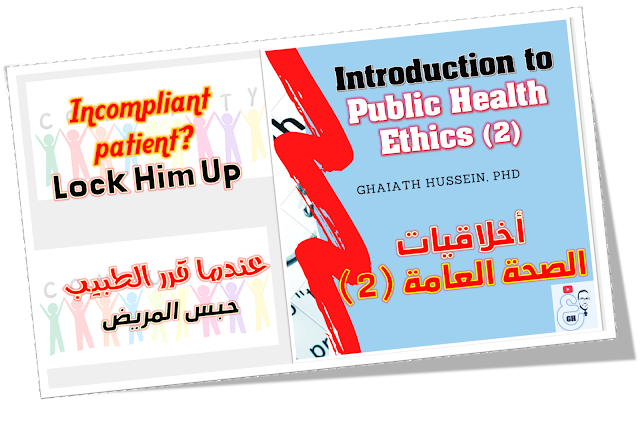 A patient discontinued his treatment. The PHO locked him in the prison's hospital?  (TRUE STORY) In this part of the lecture, I discuss a real case that happened in a rural area where a TB patient discontinued his treatment and ended up sent to jail. Watch to see how this all happened and then discuss the following ethical issues: Is the patient's right to refuse treatment absolute? If not, when and where to draw the line to the point of forcing them to be treated/isolated? What are the limits of the public health authorities and the State in general when it comes to people's choices? What are the ethical principles that should guide our interventions as public health physicians in managing patients with infectious diseases?
إرسال تعليق
قراءة المزيد

The following is an exchange that was published on Professionals in Humanitarian Assistance and Protection (PHAP) , which I thought to be of interest to a wider audience. How best to prepare for a PhD program in Gender and Humanitarian Action Amel Hermi Posted 4 days ago Edited by Shiela Marcos 4 days ago ReplyOptions Dropdown I am looking to enroll in a PhD program focusing on Gender and Humanitarian action. I am a practitioner and I wish to maintain a link with the academic world and sort of feed back my field knowledge into humanitarian learning platforms and also use the analysis and academic knowledge in my field practice. Are there any members in the community who can provide advice on this? I wish to discuss and get some tips and support on the specific steps that I should be taking next - for example, to start actively sharing knowledge, drafting articles, etc., as preparation prior to enrolling in a PhD program. Any inputs would be greatly appreciated. #Gender #Professionaldev
إرسال تعليق
قراءة المزيد
المزيد من المشاركات

Ghaiath Hussein
Dr Ghaiath Hussein, a medical doctor and a specialist in bioethics and public health. He had his master degree in bioethics from the University of Toronto (Canada) and PhD in bioethics from the University of Birmingham, UK. He has worked extensively in the fields of research, medical ethics, and public health for the last 15 years with the Federal Ministry of Health in Sudan, WHO, COHRED, the residency programs for Community (preventive) medicine and Family Medicine in Jeddah and Riyadh, and other regional and international institutions. He has contributed to a number of national and international guidelines and publications, especially for WHO and the Saudi Commission for Health Specialties.